It’s been 15 years since we started The Checker inspection checklists, but it seems like just yesterday. I guess the old saying is true, “Time flies when you’re having fun.”

I’ve always enjoyed looking back, with the benefit of hindsight, at the events that were making headlines at a certain time. And so as I thought about The Checker’s beginnings, I found myself revisiting the important happenings of 2000.

Like our creation of The Checker, some of these events seem very recent. Others, however, feel like they’re from another life.

If you share my love of looking back, this list is for you—15 top headlines from the year 2000.

1. The year gets off to a shaky start in Canada. The magnitude 5.2 Kipawa earthquake struck Quebec and Ontario on the first day of the New Year, which of course was also the first day of a new century, not to mention a new millennium! Fortunately, there were no fatalities and only minor damage, but this was nonetheless a foreboding introduction to 2000.

2. “The “Y2K” computer problem isn’t a big deal, after all. Computer clocks around the world turned to the year 2000, and there was no worldwide computer apocalypse. Awareness of the problem, and successful efforts to fix it, averted disaster. 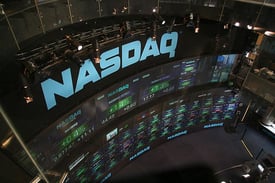 3. The dot-com bubble bursts. The bubble stretched to its limit on March 10, with the NASDAQ peaking at its all-time high. Once the bubble burst, many dot-com’s lost most of their market capitalization, and many didn’t survive. Others persevered and remain tech-sector mainstays (e.g., Amazon, eBay, Cisco). But in 2000, all tech investors knew was that they were taking a terrible hit.

4. George W. Bush defeats Al Gore after controversial Florida election. Remember the hanging chads? Weeks after the election, a 5-4 U.S. Supreme Court decision squashed a recount, resulting in Bush becoming the next U.S. president. Meanwhile, Hillary Rodham Clinton was elected to the U.S. Senate—leading many to wonder if she had her own eyes on the presidency. What do you think?

5. The largest corporate merger ever is completed. America Online agrees to buy Time Warner for $162 billion. Fifteen years later, the America Online brand seems like a relic from a lost time, virtually synonymous with that “ancient” technology—the dial-up modem.

6. A U.S. judge orders the breakup of Microsoft. It’s easy to forget how dominant Microsoft was in the 1990s. They were so powerful in computer technology that the U.S. Department of Justice and 20 state attorney generals sued the company for exercising monopoly power. A U.S. appeals court determined that Microsoft had indeed violated anti-trust laws, and the remedy was to split up the company. Well, that never happened, but many of the “monopoly” practices Microsoft was found to be engaged in were stopped, and Microsoft has never been the juggernaut it was pre-2000.

7. The “I Love You” worm cripples computers worldwide. Tens of millions of computers were infected after users opened emails with “I Love You” (or variations thereof) in the subject line. Fears that similar attacks would become commonplace have unfortunately been borne out and are now widely known as phishing.

8. Pierre Trudeau dies. Trudeau—who served as Canada’s prime minister from 1968 to 1984 (except for 1979-1980)—died in September. His state funeral was held in October. For the tenth time, he was named “Newsmaker of the Year” by the Canadian Press.

9. Life goes on without Charlie Brown and Snoopy. After the death of Charles Schulz, the creator and illustrator of the Peanuts comic strip, the last original Peanuts strip is published. Sadly, the end of an era.

10. Steve Jobs introduces the public beta of the Mac OS X operating system. For a time in the late 1990s, it seemed as if Apple was fated to be a niche tech company at best. Steve Jobs—who had recently returned to Apple, the company he founded—had other ideas. 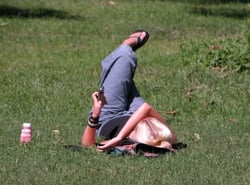 12. Vladimir Putin is elected president of Russia. Unfortunately, this isn’t a name that’s been relegated to the past.

13. Al-Qaeda attacks U.S.S. Cole. In January, high-level al-Qaeda leaders met in Malaysia, and two of the men who would hijack commerical airliners on Sept. 11, 2001, were there. In October, two Al-Qaeda suicide bombers badly damaged the U.S.S. Cole in Yemen, killing 17 crew members and wounding many more. The world was paying attention—but not enough.

14. An explosion at a Phillips Petroleum chemical facility in Texas kills one person and injures more than 60. After a six-month investigation, the U.S. Occupational Safety and Health Administration (OSHA) determined that a failure to properly train workers was a key factor in the explosion.

15. A coal slurry spill in Kentucky releases 250 million U.S. gallons into the surrounding river system. The spill, which was 30 times larger than the Exxon Valdez oil spill, polluted hundreds of miles of river, killing aquatic life and contaminating the water supply for more than 27,000 people. The slurry was more than five feet deep in places, covering nearby residents’ yards.

Another important event happened in 2000—the creation of The Checker safety inspection checklists! That may not have made headlines, but for 15 years now, The Checker has been preventing headlines like the Philips chemical explosion and the spill in Kentucky.

And that’s exactly what The Checker will be doing for the next 15 years—protecting personnel, companies, and the public from the consequences of failing to check for safety.

Our Past, Present, and Future … and Why It Matters To You When Selecting Inspection Checklists