Why SCBAs Are More Important Than Ever 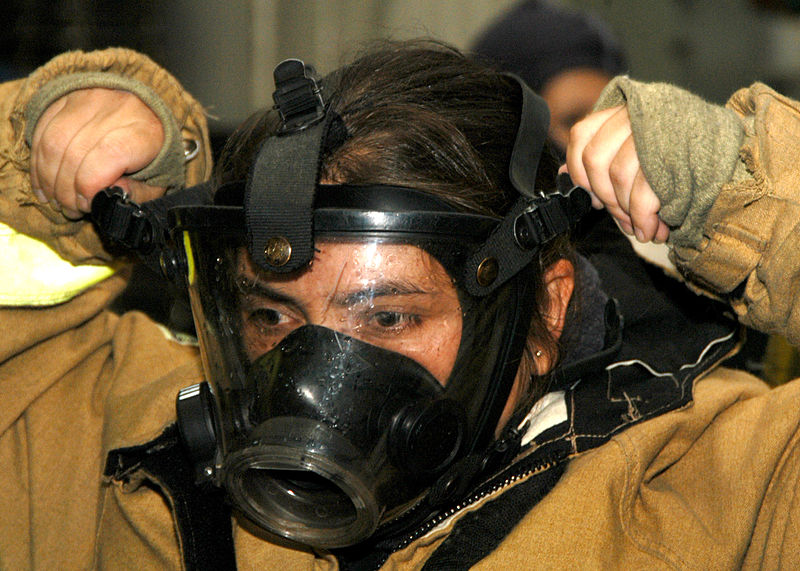 Thirty years ago, firefighters who wore a self-contained breathing apparatus (SCBA) into a fire were considered wimps.

That’s according to Dawn Bolstad-Johnson, the director of health, safety, environmental and quality for PHI Air Medical in Phoenix. She recently talked at length with EHS Today magazine’s editor-in-chief, Sandy Smith, about the importance of SCBAs for firefighters—and her comments are very illuminating. 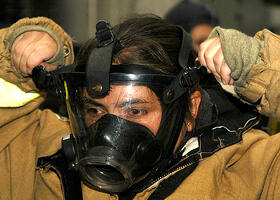 Bolstad-Johnson makes it clear that the times have changed. When SCBAs were first introduced, most firefighters had heavy mustaches and beards and were proud to be “smoke eaters,” she says.

In their minds, a “real” firefighter wouldn’t wear an SCBA.

Now, however, most firefighters gladly wear SCBAs to protect themselves.

Why the shift in attitude? Greater knowledge about the harm of smoke and fumes created by fires is one reason. We came to realize that flames and heat aren’t the only risks facing firefighters.

Another cause is that the fumes have become more dangerous. Modern, inorganic building materials, furniture, clothes, and electronics in homes and businesses have increased the toxicity of fumes in most fires. There’s a much greater danger to firefighters who aren’t wearing SCBAs, and fire departments realize this.

Rightfully so, firefighters are now generally required to wear an SCBA when entering into a fire. And most firefighters appreciate that this policy is for their protection.

Despite the increased awareness, many firefighters still aren’t completely doing what they should, Bolstad-Johnson says. Specifically, firefighters often wait until the last possible minute before clicking on their SCBAs. Because SCBAs have a limited amount of air, this delay gives firefighters an extra few minutes to fight the fire.

The problem is that in those few minutes, they can inhale toxic gases such as cyanide, carbon monoxide, formaldehyde, dioxins, decabromodiphenyl ether, and polynuclear hydrocarbons.

The intent is noble—to stay in the fire longer fighting it—but the detrimental health impacts on firefighters are serous. The best practice is to click on the SCBA when putting on turnout gear.

Another lapse often occurs after the fire. Even after the fire is extinguished, harmful fumes can remain, so firefighters should keep the SCBA on until they are away from the scene.

Regardless of whether firefighters begin using SCBAs too late or stop using them too early, they are essential pieces of equipment, particularly considering the substantial increase in fume toxicity. SCBAs have to work when firefighters reach a fire or else the firefighters’ health is in even more jeopardy than it usually is.

And firefighting isn’t the only dangerous profession to rely on SCBAs for protection. They’re also critical equipment for people who work in mines, chemical plants, gas refineries, environmental-disaster sites, or anywhere else where toxic substances are located.

Because it’s imperative that SBCAs work correctly in all these situations, it’s also imperative that they be inspected regularly. Frequent inspections help ensure they are fully functioning and safe when they’re most needed.

As with any inspection, it’s important to have a checklist to guide the process and ensure that all necessary items are checked—regulator, mask, air cylinder, pressure gauge, etc.

Firefighters and others who work near toxic fumes put their health at risk to do jobs that have to be done—the last thing they need is to be exposed to even more risk because their SBCA isn’t working right.

Thankfully, SBCAs have become indispensable equipment for firefighters and other professions exposed to hazardous fumes. But equipping those in harm’s way with SCBAs isn’t enough. You also need to provide training on how to use them properly, and each unit should always be inspected before use.

To see a sample of The Checker’s inspection checklist for SBCAs, click here.

4 Hidden Hazards You Can Prevent with Safety Inspections