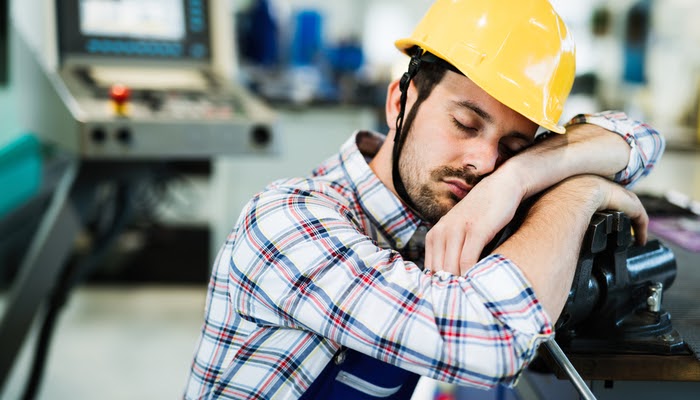 It’s not surprising that sleepiness can make you less effective at work. Besides the emotional effect, sleep deprivation can hurt cognitive abilities such as perception, reaction time, judgment, and decision-making.

Decreased cognitive performance can have huge effects on professionals whose jobs include critical attention to detail, such as drivers, surgeons, and pilots. It also leads to unsafe work practices in any industry.

It’s become obvious that the results of a sleep-deprived workforce can be catastrophic. The Chernobyl nuclear explosion, the Exxon Valdez oil spill, the Three Mile Island nuclear meltdown, and the Challenger space shuttle disaster were all caused by a human error and, most likely, sleepiness.

Sleepiness clouds your judgment and causes you to react slower and make more mistakes than when you’re alert. One of the most dangerous facts about sleepiness is that people often misjudge their own abilities and state of mind and believe that they are capable of doing important tasks when they’re not.

Employees with chronic insomnia are much more likely to report industrial injuries and accidents than well-rested workers. (Conversely, people who sleep excessively and also snore (which could be a sign of sleep apnea) are twice as likely to be part of workplace accidents.)

In a study, the NCBI has found that sleep problems are correlated with an increased risk of a work injury. Interestingly, the number of injuries connected to sleep problems was higher in women than in men. While most job and shift types showed the risk of injury, some particular groups, such as people in manufacturing and processing and those who work rotating shifts, need further attention for intervention.

Job classes in which a high risk of work injury because of sleep issues include transportation and trade jobs. Shift workers are also a unique group since the nature of their work can actually cause sleep problems. These sleep problems can naturally lead to an increased risk for injury.

This is why companies and health & safety managers need to provide materials that emphasize the importance of sleep and outline steps for employees to sleep better. Some companies might even want to provide internal classes on sleep, or at least make it part of overall training in personal-health best practices, which they should be offering.

Supervisors need to be on the lookout for signs of sleep problems in their supervisees, and they should never disparage employees who complain of lack of sleep or tell them to “suck it up” when they are showing obvious signs of exhaustion.