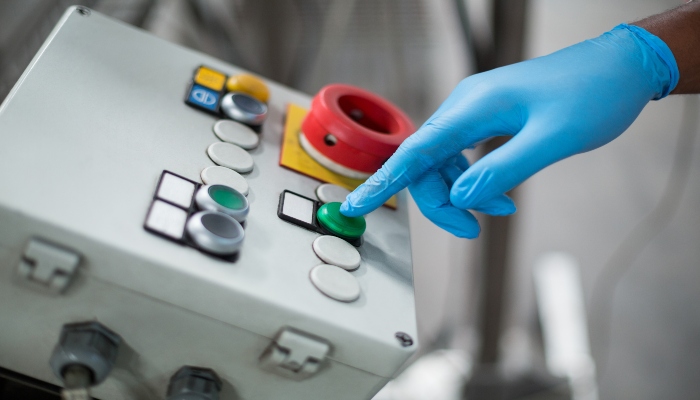 Inspections and maintenance go hand-in-hand. When maintenance inspections are conducted properly, you gain an insightful evaluation of the condition of the equipment, allowing you to determine what tools, materials, and resources are needed to keep them in optimal working condition. As a preventive practice, regular inspections invariably drive down maintenance costs. Here’s how:

We don’t expect breakdowns to occur with relatively new equipment. We think that because all of its parts are new, it won’t suffer from wear and tear, loose parts, dirt build-up, and other common equipment issues. But what if in the short amount of time that the equipment has been in the facility, it’s been poorly maintained, overrun by pests, or pushed beyond its operational limits each time it’s been used?

Don’t wait until the equipment is old and already showing signs of damage before you pay attention. Conduct regular inspections from the start when issues are relatively minor and inexpensive to fix.

When equipment has been inspected to no longer be safe or working improperly, it may be decommissioned. Some broken equipment is removed from active status entirely and repurposed, sold for parts, demolished, or disposed of.

However, equipment may be left as is or put into storage while the company waits for parts. But while the equipment waits to be repaired, it could become even more damaged. While it’s being ignored, it would be exposed to the elements, collecting dust, or inhabited by pests that chew on wires, such as rats and mice. That’s why inspections should also include equipment that’s temporarily not being used.

Regular inspections can prevent equipment misuse and abuse. When inspections are done frequently or consistently, a worker can get away with overrunning machines for days, weeks, or months. And by the time it’s been discovered, it may already be too late, and the equipment needs to be repaired or replaced.

With a daily pre-use inspection, you can pinpoint when the damage was done. By following a straightforward but comprehensive checklist, you can determine if the issue existed the day before. The practice of regular inspections will take hold among employees, establishing the idea that “you own the problem” if an inspection isn’t done and an issue is overlooked.

Using inspection records, maintenance managers can identify and correct repeated problems and issues – which is far less expensive than dealing with the costly impacts of faulty equipment, such as injuries, noncompliance fines, downtime, replacements, repairs, and workers’ compensation claims.

Without a regular schedule for inspecting equipment for issues and maintaining machinery, problems can go unchecked and continue to cause problems. Workers who abuse equipment unintentionally will not get the training to correct their actions and technique. Equipment will continue to work beyond its limits, or signs of wear may go undetected.